On the return trip from Swaziland, my partner in crime and I stopped to fill up our tank and to get some food. A petroport appeared on the horizon, the Alzu Petroport, that boasted of coffee and sandwiches so we decided to stop. 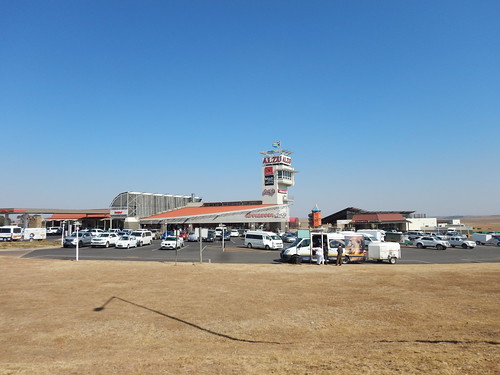 Not only did we secure tasty fancy coffee and veggie sandwiches, but we also got to take in more animals! 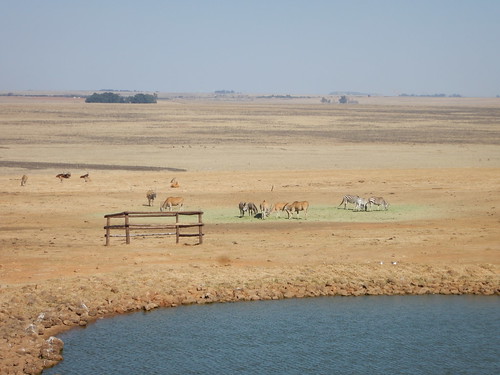 Seriously, I wandered back to go to the restroom and spied a full on watering hole complete with rhinos. This has to be the best petroport in the whole entire world!!! 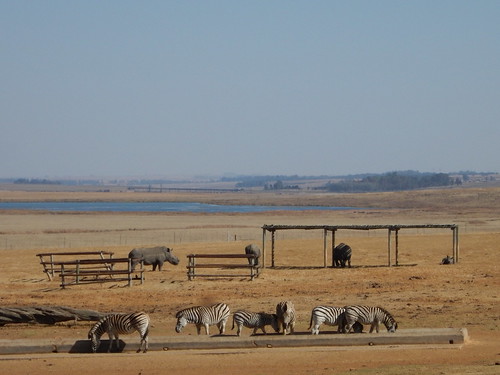 An interesting attribute of this watering hole were the rhinos. Upon a closer look at the them, I noticed that they didn’t have horns. In fact, the farm removed the rhino horns for their own safety. With poaching so incredibly awful, the best way to protect the rhinos is by removing their horns. They also installed a closed circuit system. 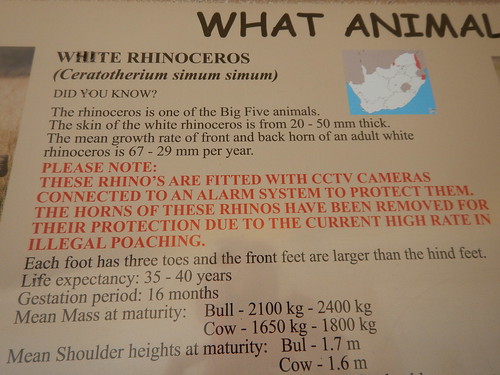 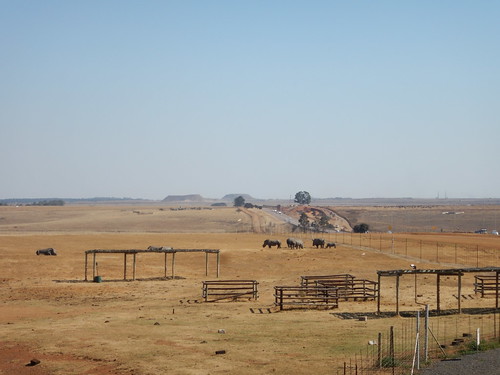 The rhinos were so adorable. Complete with a wee rhino jumping up on his mother! 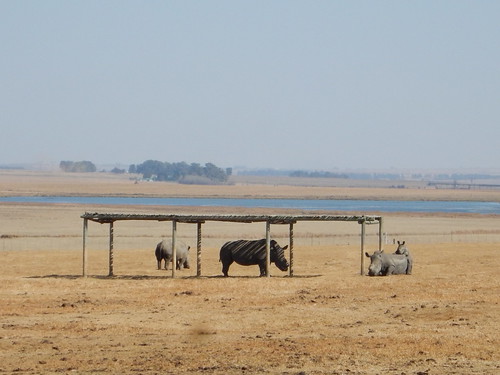 The petroport also served another purpose. It was an educational spot to teach about the horrors of rhino poaching. They discuss how many rhinos are killed each year and even display what tools are used to butcher these amazing creatures. 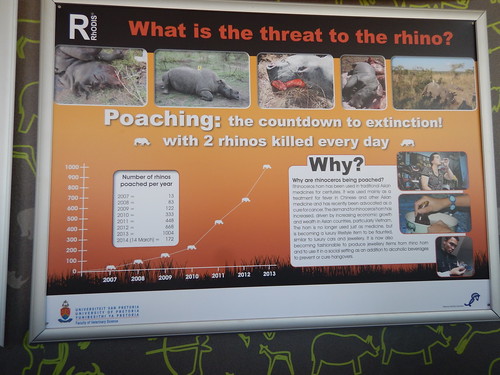 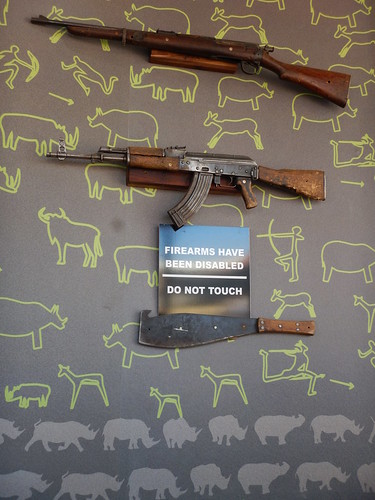 All in all, it was an awesome petrol stop and I couldn’t have enjoyed stopping for food and gas more. I learned stuff and got to take in even more rhinos. Thus, if you are driving on the N4 in east South Africa then stop by the safari petroport! Don’t just believe me, believe all the other reviews too! 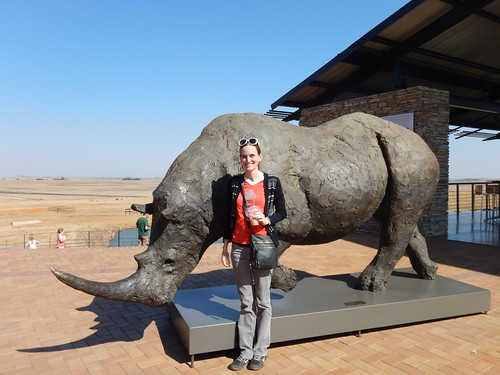