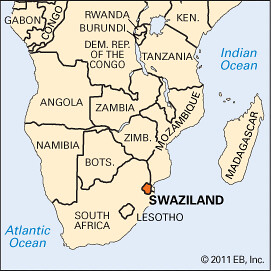 When you live in Pretoria, you’re very close to Swaziland, a monarchy landlocked about 3 hours away. Swaziland is bordered by both South Africa and Mozambique and while it is a tiny country it is home to 4 national parks with wildlife within its borders. As my American friend was still in town we decided to venture the 5 ish hours to take in a new country and new wildlife. We planned our route, secured our sleeping arrangements, and set out via rental car for a weekend in another country. Swaziland here we come.

Our co-worker was a bit worried about our journey even though we were only going about 3.5 hours that evening. As we drove outta Pretoria as the sun went down we soon began to realize why she might have been worried. All of the sudden about 45 minutes outside of the city we ended up on the highway through a township where people were crossing the road, taxis were stopping, and chaos was ensuing. Then we noticed the signs warning “! Hi-jacking Hot Spot”. Now we were worried. Luckily everything was fine, but it was unnerving to drive through such an area after dark. Next time we’ll plan our trip better. 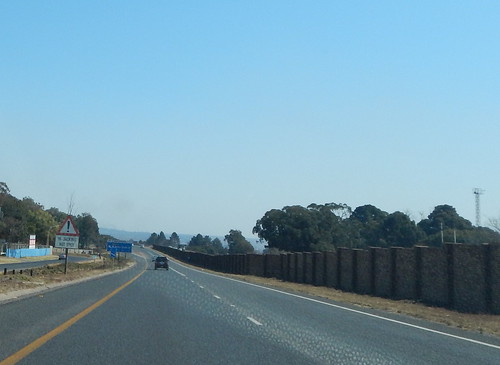 That first night we had organized to stay in a backpackers in Nelspruit and boy was that a weird place. Seriously, it was the most odd backpackers I have ever stayed in complete with a trendy traveling American couple with the girl wearing a denim jacket and waxing on about travel by public taxi. There was weird guy bragging about dating young girls and another guy who wouldn’t shut up about wild animals who then said we should drive the odd American couple to Swaziland. Um, no. Our car is full. The next morning we woke up early, exited our unlocked dorm room, and finally managed to find an employee to pay our bill. Apparently, the office doesn’t open until 7:30 am and we were inconveniencing them. After our escape we made our way to Swaziland. 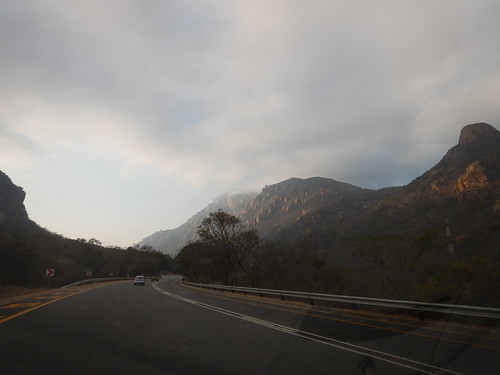 Driving through the mountains of Mpumalanga outside of Nelspruit, SA. 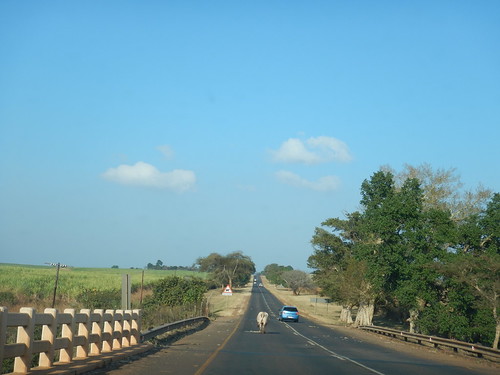 Cows in the road in Mpumalanga.

The drive to Swaziland was interesting because our google map instructions were basically… drive on 570, turn right, turn left, drive on 571, cross the border. However, some of the roads we needed to be on were neither labeled nor identifiable except by the city that they led to. Our printed maps lacked all the cities so we lost our way a few times including one time when we ended up at the wrong border crossing. Luckily, we were still in South Africa so I could use my phone and get us on our way. 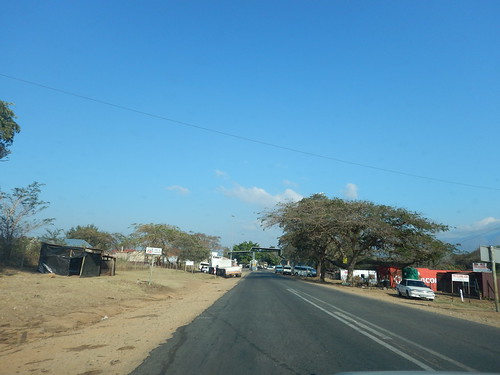 Getting to the border only to find out we were at the wrong border post. Oops, time to recalibrate and backtrack. 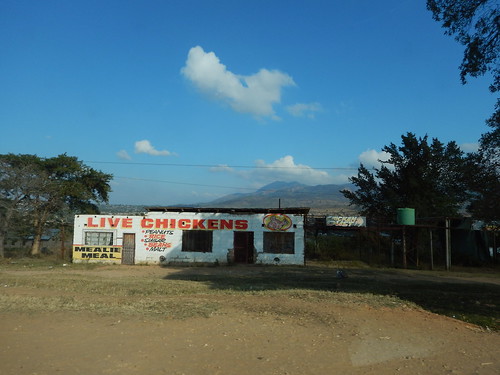 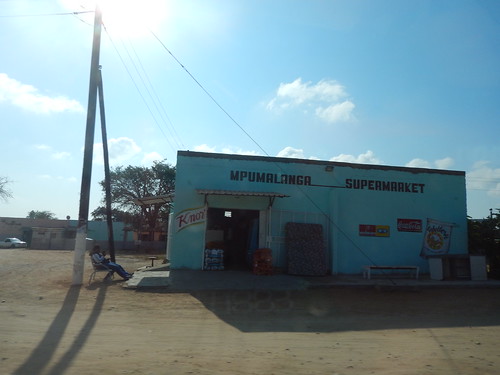 We found the supermarket. 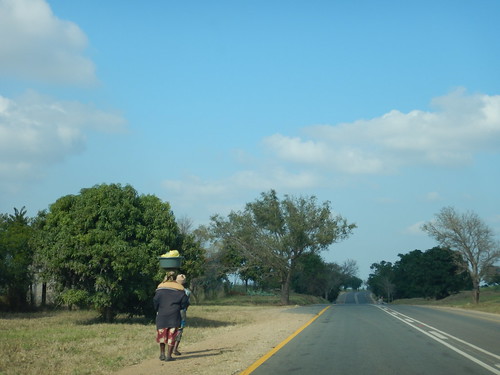 Transporting items along the road. 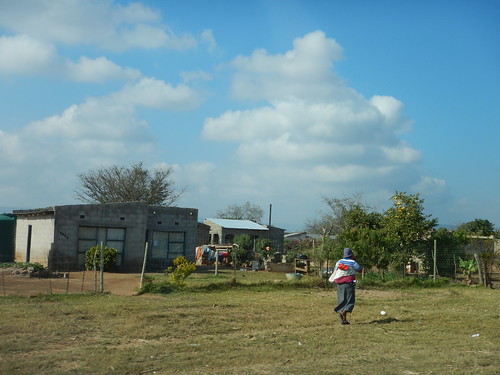 How to carry a baby in South Africa 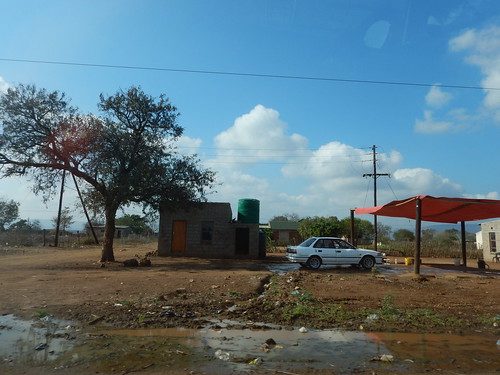 We righted ourselves and eventually found our way to the correct border post. We crossed into Swaziland at Mananga, a quiet border post in the northern part of the country. The border crossing involved departing South Africa the driving across the border and entering Swaziland. It was all pretty quick as not too many people were crossing here. We even met a kindly family on the way back home to DUrban who gave us instructions on how to get across the border with ease. 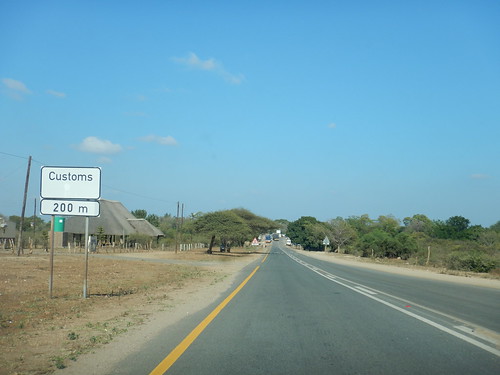 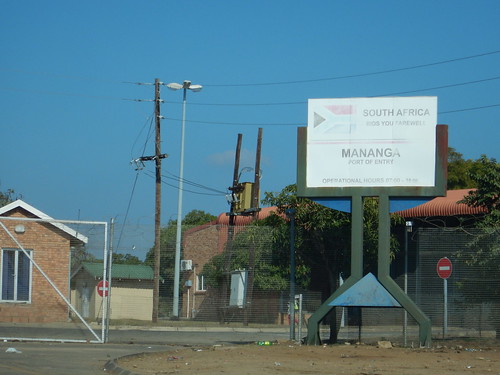 I bid you farewell, South Africa 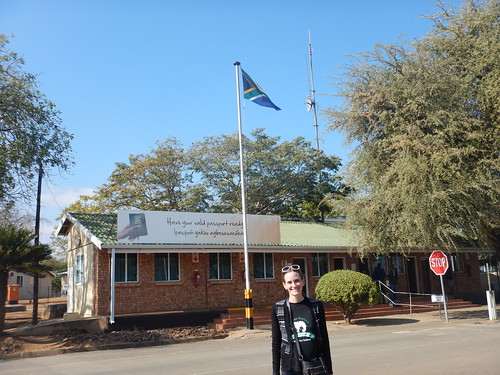 Photo op outside the departures 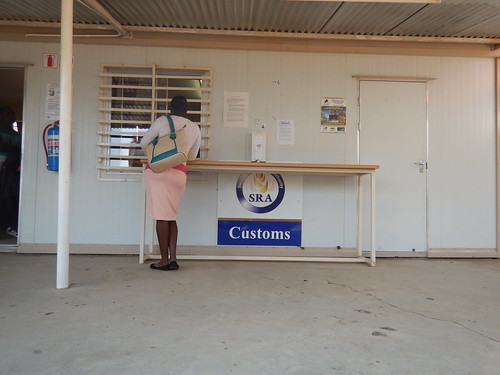 Customs upon entry to Swaziland 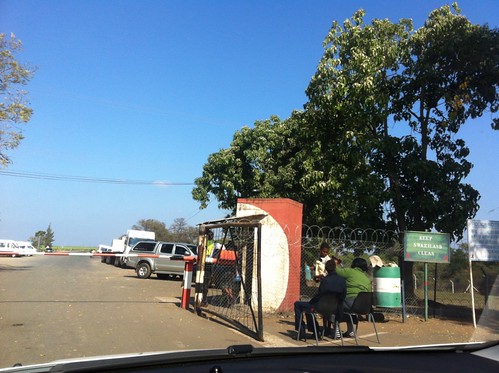 Driving across the border into Swaziland

Once in Swaziland, we made it to Hlane fairly easily and other than not being 100% sure how to get into the park we had found our destination. We spent 2 days in the park (more about that later). 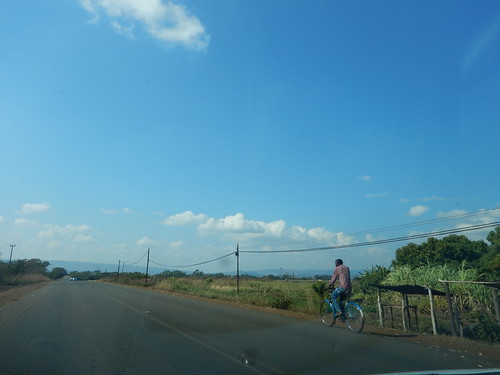 Sugarcane is everywhere in this part of Swaziland 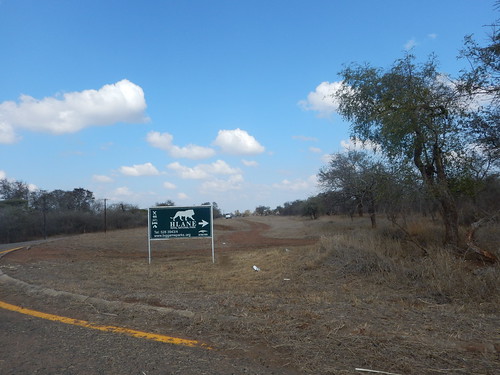 The second entrance sign to Hlane Royal National Park. We were confused.

Something I noticed in Swaziland were all the public health billboards. In South Africa, we have numerous HIV and TB commercials and whatnot, but I know the burden of HIV is even greater in Swaziland. 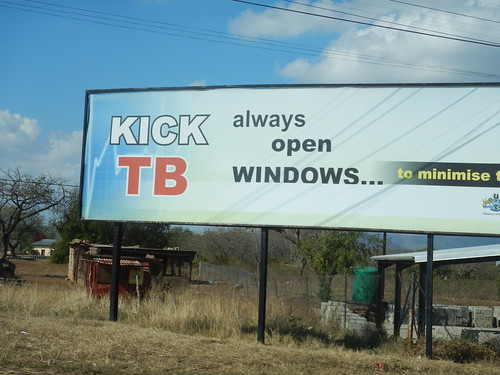 How to minimise TB 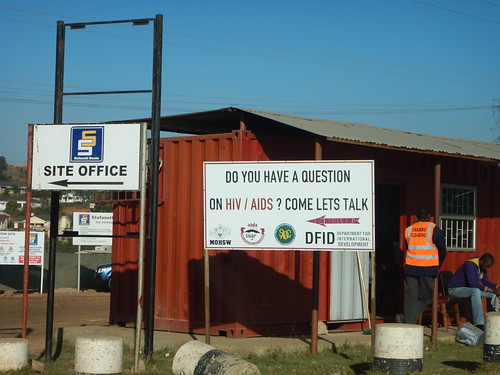 HIV/AIDS prevalence in Swaziland is incredibly high, so education is important

The drive out of Swaziland was much more interesting than the drive in, but thankfully we were doing it during the day. Again our directions were kinda vague, but what was also vague was the signage. At times the highway was marked, but then the road would turn and no signs were to be found. On more than one occasion we kept going straight when we should have turned and realized that we were on the wrong road only when it narrowed in lanes or seem to pass through neighborhoods. As we were in another country I couldn’t use my GPS so we mainly had to guess to end up back on the highway. 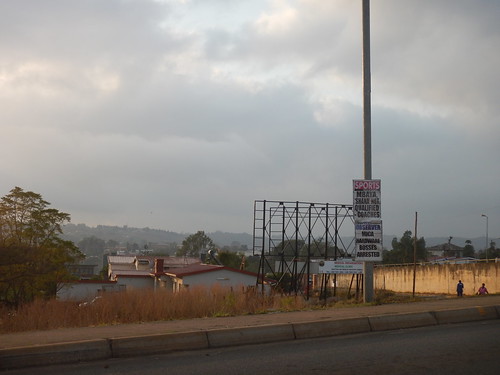 We eventually pitched up to the correct border post. This one was much more bustling than the previous one as it is the closet one to Gauteng Province in South Africa at about 3 hours from either Jozi or Pretoria. There was lots of stuff for sale at this border post and a lot more drama trying to get through it. Mainly, this was due to all the people there. Of course, inside immigration to exit Swaziland there was a line and some semblence of order, but we got into South Africa it was total chaos. There were tons of people and no lines. We had to push our way and stand our ground to get to a window to get stamped into South Africa. 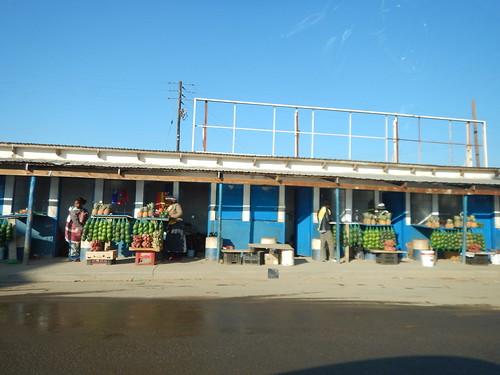 Once inside South Africa, we were back to our crime and our warnings. One of the first signs I saw near the border indicated a crime alert and warned us not to stop our cars. Welcome back to SA. 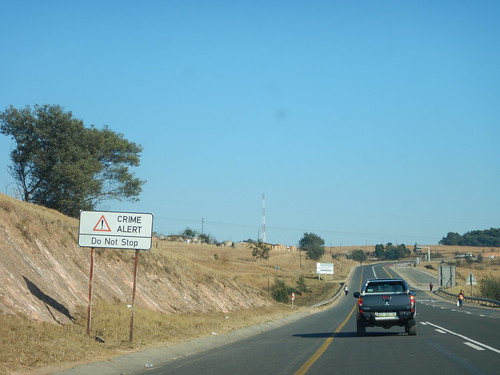 Oh South Africa, I do not love your crime. 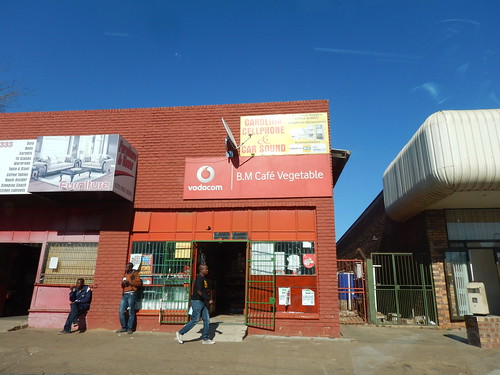 I do love your cafes with vegetables