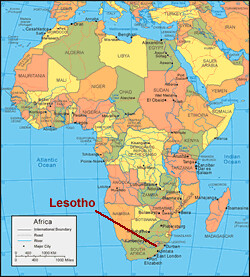 This is where Lesotho is

What can I say about the mountain kingdom of Lesotho? Man, so much because this small country is packed with interesting facts and incredible scenery.

First, though, let’s talk about some basic. One, the pronunciation of the country is not as to be expected and Lesotho is actually pronounced li-sue-too.

Second, where is Lesotho? Lesotho is located in the middle of South Africa (see map).

Lesotho is an amazing country for all the facts listed above, but also for how it came into existence. As I understand it, Lesotho formerly called Basutoland was its own independent place back in the mid-1800s. Due to its geography of being completely encompassed by SA, however, it had numerous issues during the South Africa Boer Wars including people trying to settle their land. During that time the Lesotho people aligned themselves with the British who made them a protectorate essentially making sure their land could not be claimed by the Afrikaaners of South Africa. After many years under British rule, Lesotho gained its independence in 1966 and officially became the Kingdom of Lesotho. 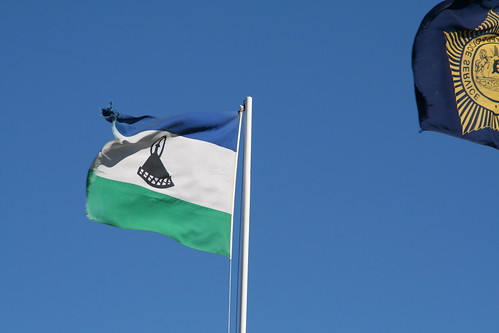 The flag of Lesotho

I just felt pleased to have the chance to spend time in this unique country. The scenery was absolutely spectacular complete with snow-capped mountains all around and on this sunny day taking in the views was amazing. Really, I should just shut up and present the photos because the only way to get a sense of this place is through some photos! 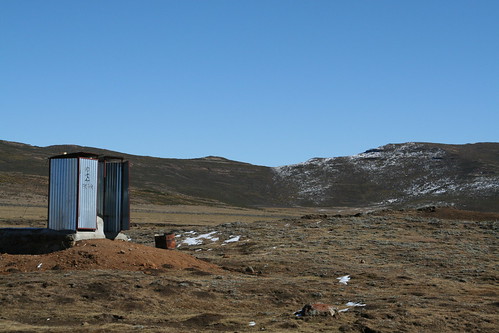 Latrine at the top of the Sani Pass 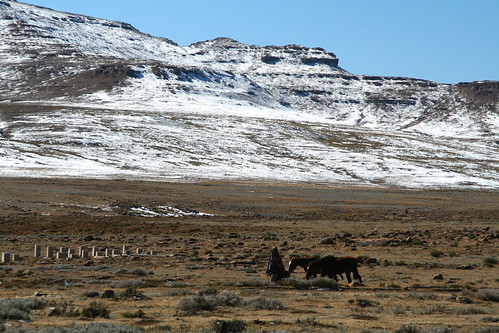 Blankets on people and ponies are the main sites of Lesotho. Oh, and snow-covered mountains 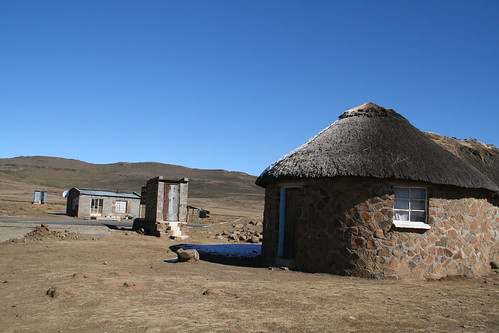 Buildings at the top of the Sani Pass 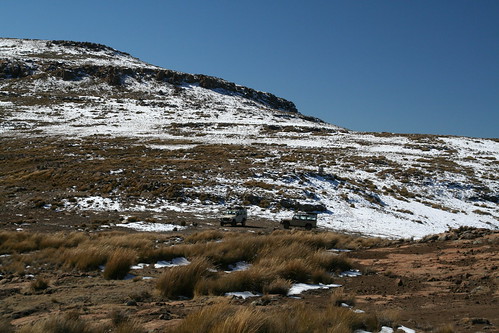 Our landrovers parked at our lovely lunch spot 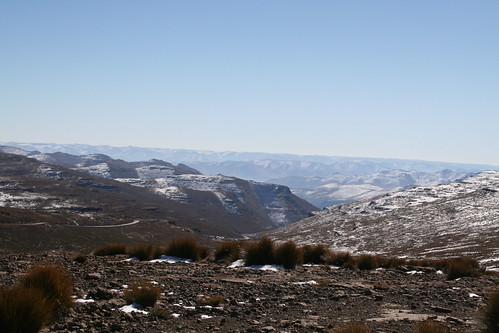 The views went on for forever from our lunch stop. 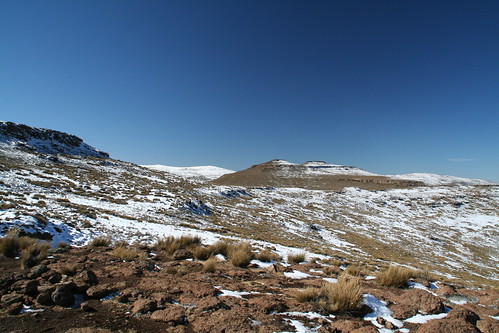 View of the highest point in Lesotho from our lunch spot. 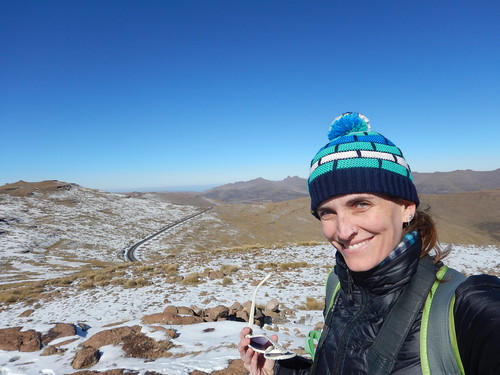 Checking out the road below from our lunch spot.

Lesotho sort of looks like the surface of the moon at our lunch spot. There is no vegetation!

Even our lunch spot was incredible. Partway through the day we took our bagged lunches to the edge of a cliff to take in the views and get some sustenance. It was beautiful, but also incredibly windy and cold as observed by our lunch photos. 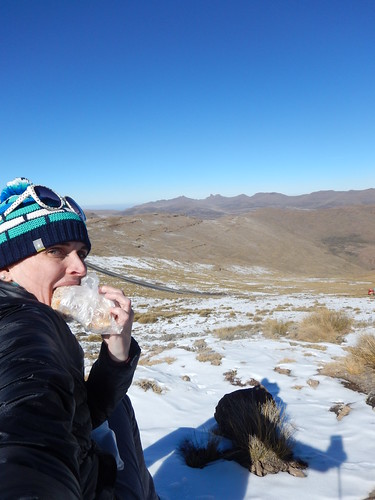 Eating my veg sandwich at the windy, cold lunch spot 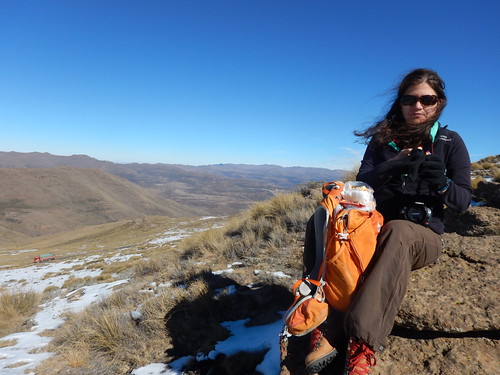 My friend trying to eat her lunch and stay warm.

Again, the roadwork going on in the country is everywhere. All along our drive in the country we ran into teams of people tarring the road. The Chinese are in charge of this endeavor so it wasn’t uncommon to come across them en route. Our guide took to greeting them with “nee hau” whenever he came across them. I think it took them by surprise to see a Basotho man yelling the Chinese phrase “you good” as he is driving past. 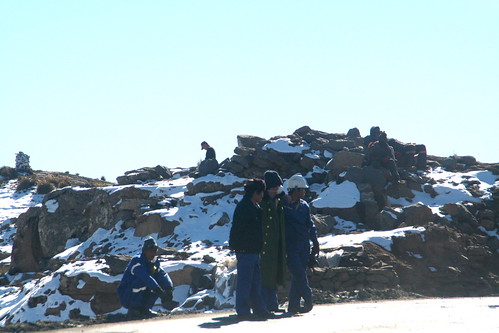 The Chinese are doing all the roadwork in Lesotho so this is a common site when driving on the roads there. 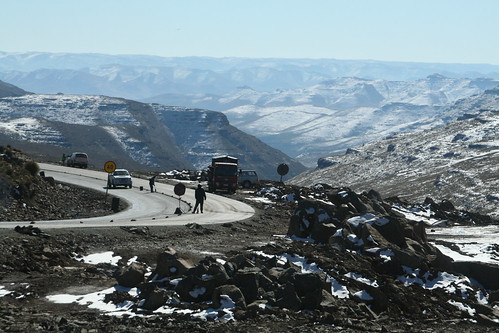 We took a short stop to a village in Lesotho where we got to drink some local beer and taste their amazing bread. We also got to go inside a rondavel. I felt a bit weird on this part of the trip and kinda felt like it was contrived, but luckily it was only a small portion of the day. 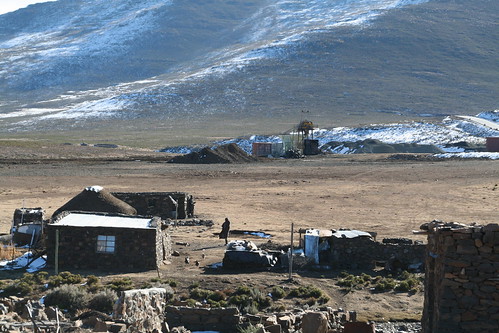 The village, aka the cultural event, on our trip into Lesotho. 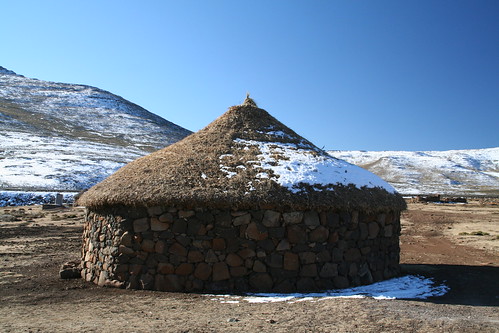 Snow covered rondavel in the village. 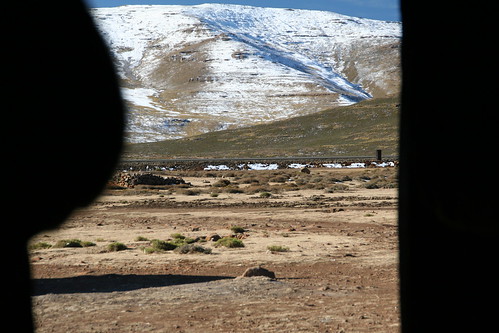 View from another rondavel in the village. 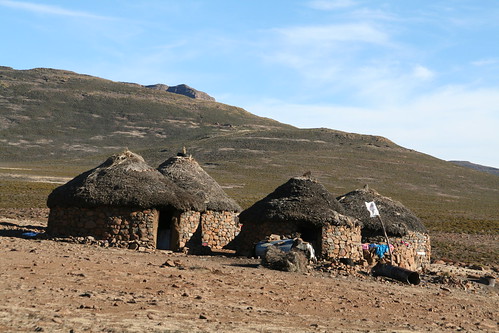 The white flag outside the rondavels means that there is bread for sale there.

Finally, no trip to Lesotho would be complete with our a trip to the Sani Pass Pub also known as the highest pub in Africa. It is always a part of the trip into the country up the Sani Pass (see that post here) and, while touristy, it is still an amazing spot to have a beer or two. I elected to have the Maluti beer as it is the beer of the country and deemed the “Pride of Lesotho”. It is still made partially from corn like the SA beers, so it is not my favorite. But the experience was a highlight of the day. 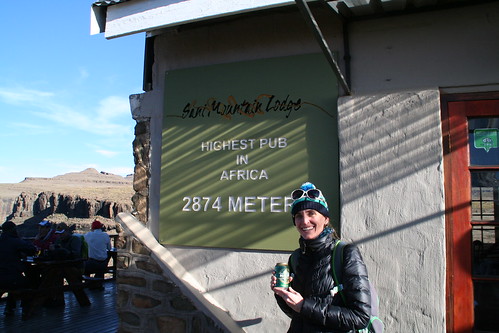 I’ve got my Maluti beer and I’m drinking it at the highest pub in Africa. 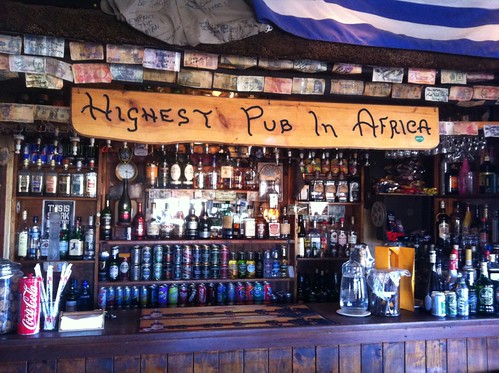 It is a total tourist trap, but it is still awesome. 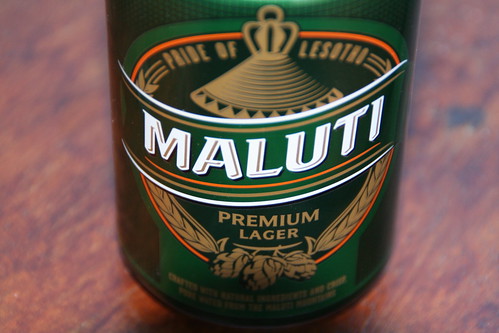 The Pride of Lesotho. Maluti Beer. 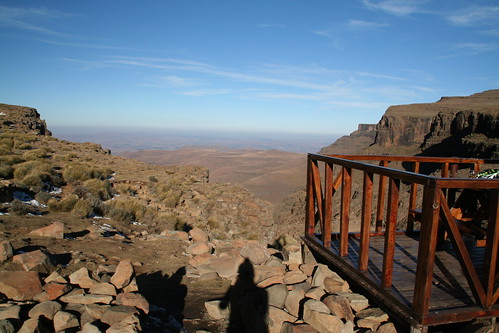 View from the highest pub 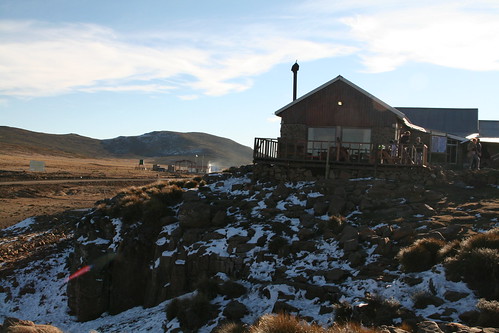 See all my photos from driving up the Sani Pass here and all my pictures from my time in Lesotho here.