Cape Town is amazing city for sightseeing, but also for eating and drinking beverages of all types. This time around in Cape Town, I actually made it to some memorable places. One of them was so good that we went there twice. It was a food court-esque place so it still meant that we had many many options. Without further ado, the places I ate and drank in Cape Town. 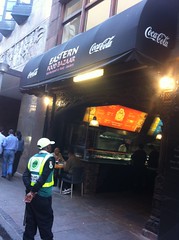 Hands down, the best food experience in Cape Town was going to Eastern Food Bazaar, dubbed a buzzing canteen-style eatery. Run, don’t walk, immediately to this place if you find yourself in CT. We actually ended up at this place by accident. Luckily, one member of our party read the the guidebook intently enough to discover this incredible gem. So, what’s so great about this place? Everything! It is all eastern foods mostly Indian in origin. You order and pay at a counter and then you get served up cafeteria style. The incredible thing is how much freaking food you get for a very small price. My whole meal was about 40 rand and I had curry, rice, dal, salad, and a mango lassie. It was so much food I could only make a dent in it, but it was all extremely tasty. Moreover, the vibe of the place was very exciting as there were so many people jostling for food. We even saw a fight almost break out. No alcohol is served as the place is halal, but you who needs booze when the mango lassies flow smoothly. 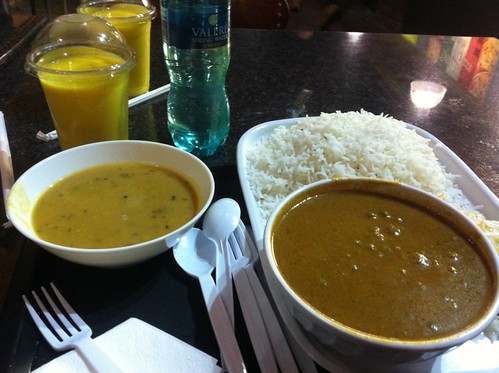 Market on the Wharf 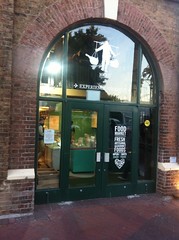 One place, our whole group enjoyed was the Market on the Wharf at the V&A Waterfront. Now I know the waterfront is tourist central, but the food options in that building were incredible and diverse. You could get vegan hippie food (which after life in Pretoria is very much welcomed) or fancy juice or Mexican or Indian or dried fruit of any kind. You could even sample interesting bush meats like kudu or warthog. We actually went to this place twice because we knew we could all find something tasty to eat. It is a little bit posh, but it was worth every penny. 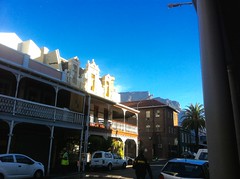 I hit up Long Street previously for cocktails, but this time around we went there to eat at Mama Africa, which is a restaurant known for interesting and tasty African inspired dishes. It gets a lot of hype and is often recommended by tourists, but my food was actually really tasty. The prices are more than other places (read: Eastern Food Bazaar goodness), but it is probably because of its status as a tourist magnet and because they have music sometimes. 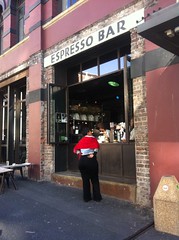 As a coffee addict who formerly resided in coffee snob central aka Seattle, I knew I wanted to hit up Truth Coffee on this trip to Cape Town. This coffee place was dubbed the steam punk coffee place, which while interesting, wasn’t why I wanted to check it out. I’ve had some good coffee in Pretoria, but this was supposed to be epic coffee. Thus, I hit up Truth Coffee. The coffee is pretty great and the atmosphere is quite unconventional. Luckily, Truth coffee has pop up shops all over town including in the Market on the Wharf so you can get your coffee fix at numerous locations around town. 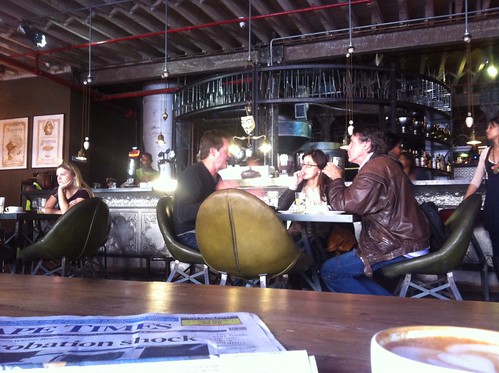 Wine Flies Tour to the Cape Winelands
Additionally, our group went on a tour of Stellenbosch and Paarl outside of Cape Town in the Cape Winelands with Wine Flies Tours. It was a great day full of wine and so much fun. I previously went on a wine tour (read post here). This tour took us to some of the same vineyards, but then also to some new ones. Again the tour took us to 5 vineyards so the wine flowed freely. Our driver even bought a bottle for the ride home, which was maybe a little bit too much wine. From this tour I had two favorite vineyards, which were the lunch stop and the wine farm following it. The lunch stop was at Middlevlei Wines, which I loved because of its farm like ambiance. There we ate outside at a picnic table under the sun with dogs roaming around to pet. Besides we had amazing homecooked food including a tomato soup to die for. I’ll admit I don’t remember the wine being outstanding, but the place was fantastic. Following Middlevlei we went to Meerlust Wine Estate, which did have incredible wines including a red called the Rubicon that was delicious. The other cool part about Meerlust was the Cape Dutch architecture on the outside and the hip art on the inside that included pictures of David Bowie and Dr. Martin Luther King Jr. This place appealed to me because of the historic architecture combined with contemporary interiors and reminded of my favorite vineyard from Walla Walla called Sleight of Hand that had a record player and huge record collection on-site. I love the idea of these hip wine farms! 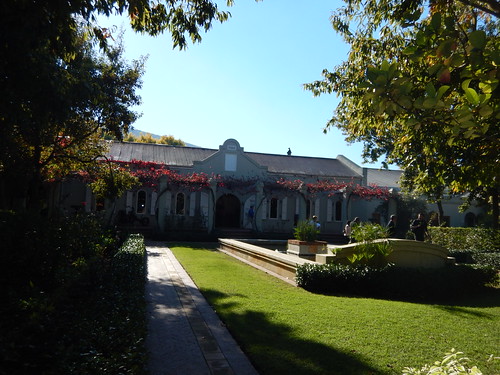 Fairview Wines better known for their cheese than their wine 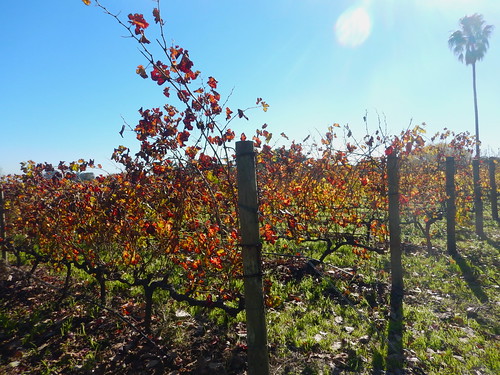 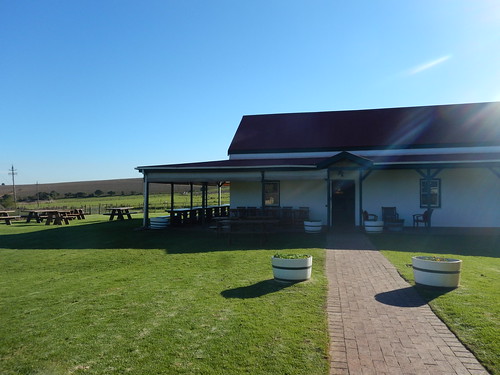 Lunch stop at the farm-like wine farm of Middlevlei Wines 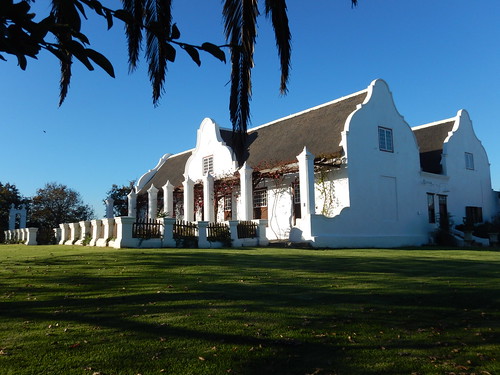 Cape Dutch architecture on the outside at Meerlust Wine Estate 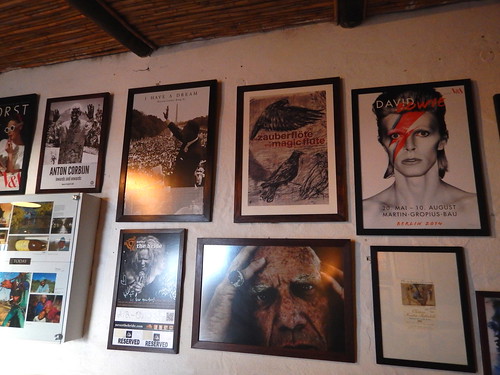 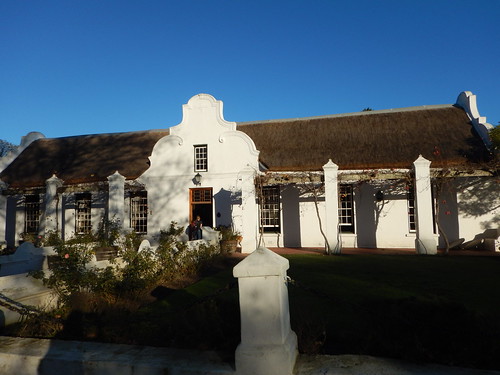