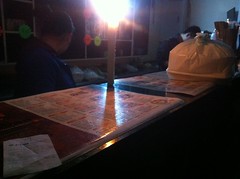 Sitting in the restaurant waiting for your takeaway food and all of a sudden all the power goes out. Is it a blackout? Nope, it is the regularly scheduled load shedding here in SA.

Shame, what is load shedding? 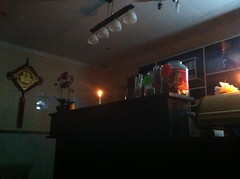 Load shedding is the turning off of power to sections of the city regularly so as to not overburden a power system that is failing. Thus, 3-4 times a week the power is turned off around sections of town and these areas rotate to share the burden. It should be noted that all the power is off in that area is off, which means no electricity in the bank, movie theatre, mall, grocery, or restaurant. Even basic things like street lights and traffic lights are off, so as one can imagine, chaos ensues when a car-dependent culture doesn’t have traffic lights to ease the flow of traffic in load shedding parts of the city. 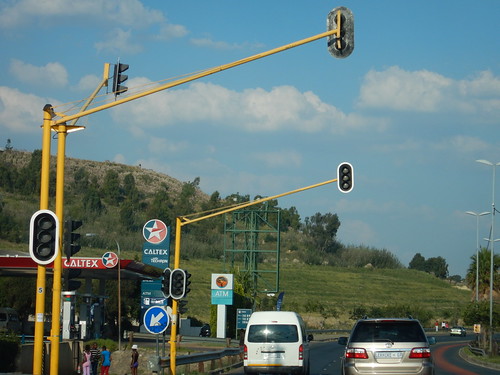 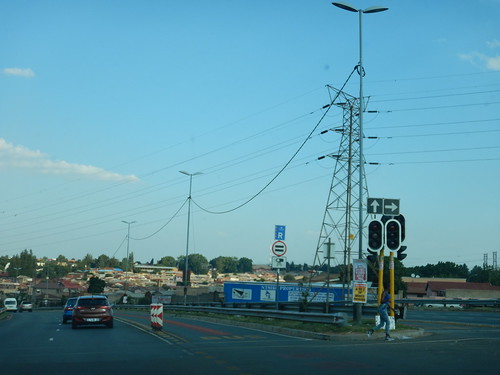 As best as I can understand, the reason load shedding occurs is because Eskom, the electricity public utility company here in SA, hasn’t done maintenance on the system in numerous years (let’s say 30+) and so the system is failing and can’t handle the burden of its citizens using power. To alleviate the burden on the electrical grid, Eskom has to turn off the power to different parts of the city, essentially shedding the load from the system. The power burden is worse during winter when temperatures at night can be near freezing and people turn on their heat. Currently, we have moved to stage 2 load shedding as the burden is worse than before, which means more darkness in the evenings when the daylight is already limited. This saves the system from going into all out failure, which would mean the country could be plunged into darkness for weeks while repairs were made. Apparently load shedding in various forms has been happening since 2008. Funnily enough Eskom says load shedding is a last ditch effort for them.

It is a last resort to balance electricity supply and demand. We will only apply load-shedding when all other options have been exhausted.

Apparently, the last resort is the only resort at this point. In true SA fashion, everyone just adapts to the changes and wonders if the power grid will ever be fixed. They make sure to have candles and lanterns at the ready for their scheduled power outages. Even in the restaurant last night, business went on as usual except it went on by candlelight instead of overhead lights. Cooking by a gas stove is still possible during load shedding, so you might as well continue to serve food to the people who have cash because no cards can be accepted when the power is off.

Another solution is that many shops and businesses have generators so as not to interrupt their business, but I can’t help but wonder how every other day load shedding impacts them financially.

Sadly, a quick fix is not possible and it could be anywhere from 18-24 more months of this. Although SA folks are skeptical that it will be fixed that quickly.

Replying to questions on Eskom, Ramaphosa reiterated statements by President Jacob Zuma and various ministers that load shedding would be here for the next 18 to 24 months. He called for patience while Eskom was addressing its energy needs and fixing its old power stations.

Overall, it is a huge pain in the ass, but one people just live with because there is no alternative. Luckily, my power grid is attached to the public hospital and the president’s house so they don’t turn us off. For the public hospital, the government can’t afford to buy them generators to sustain them during outages, so instead they just leave the power on in this section. For the president, it is obvious why his power never goes off. I am just thankful to be included in this group, so I can go about my daily life without freezing and without a headlamp.

Over the course of my time here, I’ve experienced load shedding in various forms and I’ve accumulated some load shedding signage photos. Enjoy the montage of photos of how life in South Africa continues to go on despite load shedding. 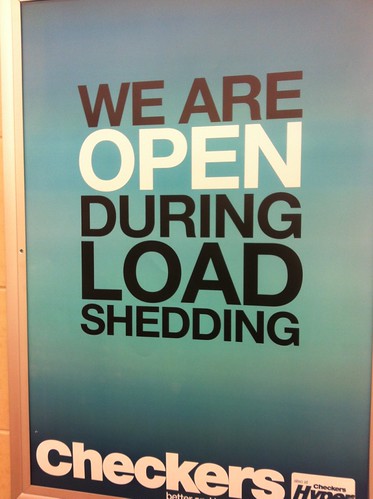 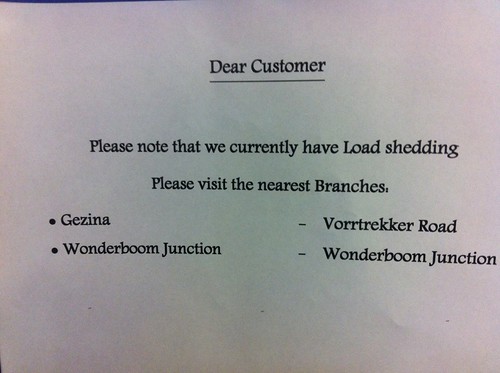 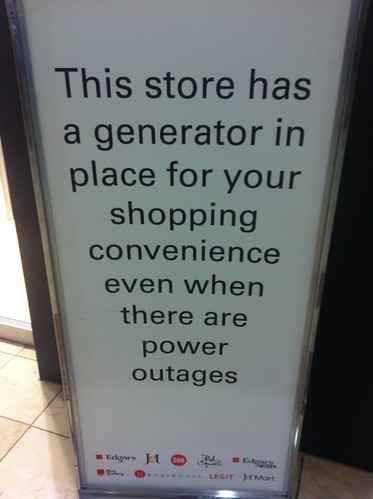 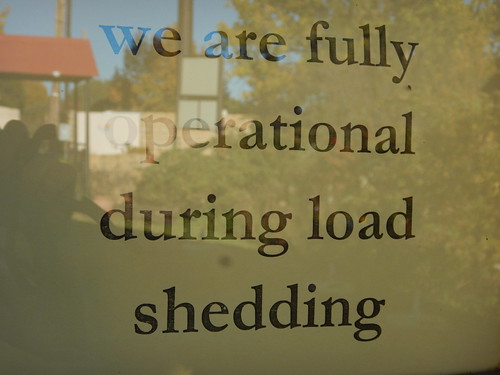 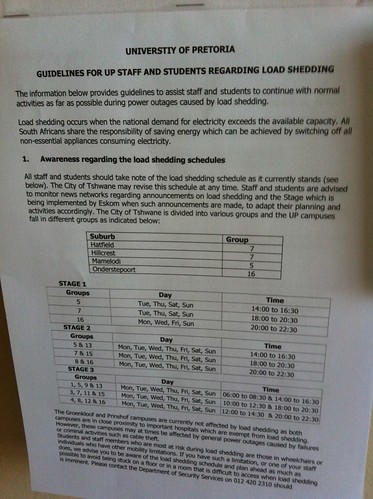